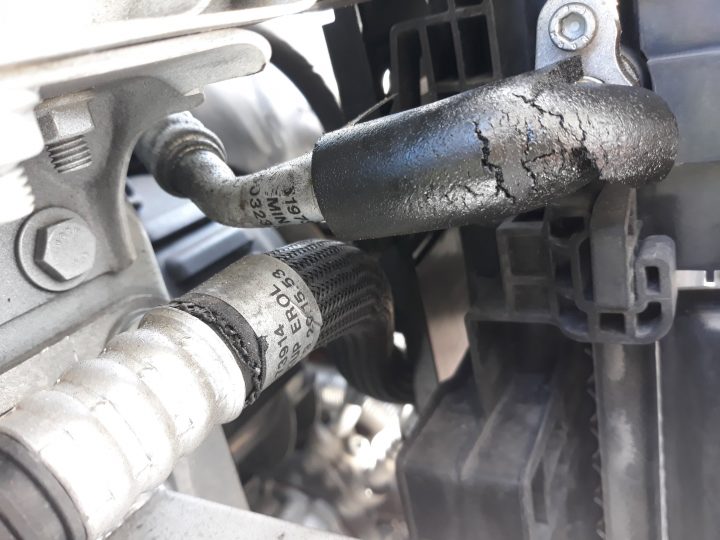 How long to evacuate the auto A/C system ?

What is the purpose of evacuation?

Refrigeration systems are designed to operate with only refrigerant and oil circulating inside them. When systems are assembled or serviced, air enters the system. Air contains oxygen, nitrogen, and water vapor, all of which are detrimental to the system. Removing air and/or other non-condensable gases from a system with a vacuum pump is called degassing a system. Removing water vapor from a system is known as dehydration. In the HVAC industry, the process of removing both air and water vapor is referred to as Evacuation.

How long should I evacuate AC system?

After a system has been opened for any repair, service or installation even for a short amount of time the a/c system should be evacuated. The best way to remove non-condensable gases (NCGs) is to pull a deep vacuum in the system. With a vacuum pump connected to both, low and high air conditioning system sides pull a deep vacuum for at least 5-45 minutes. A vacuum of about 500 microns or 29.92 hg gauge pressure is needed for removing any moisture that may have entered the system along with the non-condensable gases while it was open. Pulling a deep vacuum should be combined with the replacement of the ac receiver/drier or accumulator that will help to keep moisture inside the system under control.

How many microns does it take to evacuate an AC system?

A vacuum of about 500 microns or 29.92 hg gauge pressure is needed for removing any moisture that may have entered the system along with the non-condensable gases while it was open.

What happens if you don’t vacuum the AC system?

Non-condensable gases (ambient air) inside the a/c system.
Non-condensable gases (in most cases surrounding ambient air), are not able to condense inside the air conditioning condenser, unlike refrigerant gases like R-134a or R-1234yf. Non-condensable gases have a serious impact on system performance, operating conditions, and lifetime of an air conditioning system.
The air conditioning system is virtually divided in two sides, one side is a high pressure high temperature and the other is a low pressure low temperature. On the high pressure side, after the compressor has done its job compressing and raising the temperature and pressure of the refrigerant, this refrigerant in a vapor state is supposed to condense in the condenser. The process of condensation requires the refrigerant to get close to the walls of the condenser, transfer its heat to the surface, which then flows out to the fins and gets into the surrounding ambient air. A non-condensable gas will remain a vapor in the condenser. It will not flow to the condenser outlet like liquid refrigerant does after it’s been condensed, but instead it will remain trapped inside the condenser tubing. This will result in the displacement of space used by the refrigerant for heat transfer and condensation .The air will reduce the overall heat transfer coefficient of the vapor inside the tube. With a lost in heat transfer capability of the condenser and the inability of the refrigerant to cool down properly, the refrigerant temperature will get higher compared to the air temperature, which means higher discharge pressures. With the system operating at a higher pressure, extra load will put on the compressor which will decrease overall energy efficiency for the system. Discharge pressure and compressor temperature will go up which can lead to increased lubricant breakdown and shorter compressor lifetime. With a system working under these conditions, pressures will get beyond a default safe point of some refrigerant control devices in the system, probably shutting down the system to prevent any irreversible damage, like compressor seized up or a hose explosion. In addition, air contains oxygen, which promotes bad chemistry in the system creating corrosion from inside out of all ac aluminum parts especially evaporators. Moisture can cause freeze-up at the metering device (Thermal Expansion Valve/Orifice Tube), which restricts refrigerant flow or blocks it completely. Both of these problems result in intermittent cooling or no cooling at all.

Does vacuuming the AC remove oil?

Although evacuating removes moisture, the evacuation process does not remove oil or debris from the air conditioning system. Sludge, and deep vacuum procedures will not take the place of liquid-line or suction line driers for the same reason. Sludge and solids can be removed only by correct filtration (Air conditioning system flush). Evacuation is the name given to the process that pulls all traces of air and moisture from the system. The Vacuum Pump reduces system pressure in order to vaporize the moisture and then exhausts the vapor along with all remaining air. The pump’s ability to clean the system is directly related to its ability to reduce pressure, create a vacuum, low enough to boil off all the contaminating moisture.

How much vacuum should an AC system hold?

A vacuum of about 500 microns or 29.92 hg gauge pressure is needed for removing any moisture that may have entered the system along with the non-condensable gases while it was open. The automotive A/C system must hold the vacuum of 29.92 in Hg for at least 1 minute.

How to accurately measure the deep vacuum pulled to the A/C system?

How much does it cost to vacuum and recharge AC?

The price could vary according to: