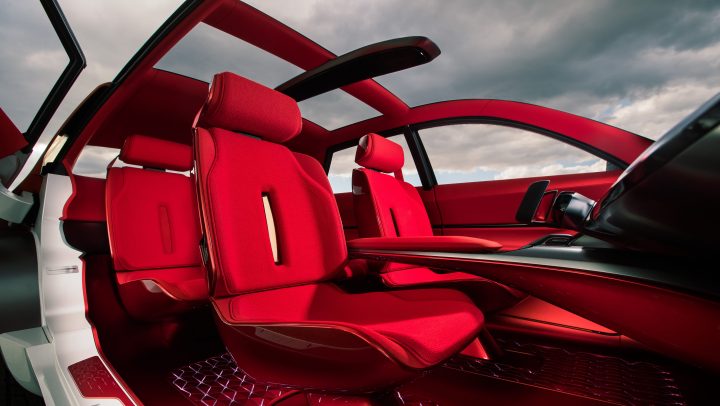 Do I need to evacuate the ac system in my car?

How does air or other non-condensable gases get into the air conditioning system of a car?

The most common non-condensable gases found in automotive systems are air, nitrogen, argon, and maybe carbon dioxide. Automotive systems don’t operate under such conditions that condensation of these gases will be possible. Their boiling point is so low that they’ll remain in a gaseous phase during the whole automotive air conditioning cycle. Every time the air conditioning system is open for any component replacement, installation or repair, surrounding air and moisture will find its way into the system. Air may also be drawn into a system through a low side service valve core leak, leaking ac hose, damaged aluminum line or a fitting. After a/c service, repair or installation in many cases while disconnecting the air conditioning gauges from the system the service valve core that resides inside the service port get damaged. Another way for non-condensable gases to get into the system is when a system is pressurized using nitrogen to perform a leak test, or during the repair of an ac line using argon when brazing in order to reduce oxidation buildup inside the ac line. This non-condensables gases will remain inside the hvac system causing a variety of issues.

What are the effects of air or other non-condensable gas on the system?

The air conditioning system is virtually divided in two sides, one side is a high pressure high temperature and the other is a low pressure low temperature. On the high pressure side, after the compressor has done its job compressing and raising the temperature and pressure of the refrigerant, this refrigerant in a vapor state is supposed to condense in the condenser. The process of condensation requires the refrigerant to get close to the walls of the condenser, transfer its heat to the surface, which then flows out to the fins and gets into the surrounding ambient air. A non-condensable gas will remain a vapor in the condenser. It will not flow to the condenser outlet like liquid refrigerant does after it’s been condensed, but instead it will remain trapped inside the condenser tubing. This will result in the displacement of space used by the refrigerant for heat transfer and condensation .The air will reduce the overall heat transfer coefficient of the vapor inside the tube. With a lost in heat transfer capability of the condenser and the inability of the refrigerant to cool down properly, the refrigerant temperature will get higher compared to the air temperature, which means higher discharge pressures. With the system operating at a higher pressure, extra load will put on the compressor which will decrease overall energy efficiency for the system. Discharge pressure and compressor temperature will go up which can lead to increased lubricant breakdown and shorter compressor lifetime. With a system working under these conditions, pressures will get beyond a default safe point of some refrigerant control devices in the system, probably shutting down the system to prevent any irreversible damage, like compressor seized up or a hose explosion. In addition, air contains oxygen, which promotes bad chemistry in the system creating corrosion from inside out of all ac aluminum parts especially evaporators.

How long should you evacuate your system? Evacuation and charging procedure.

After a system has been opened for any repair, service or installation even for a short amount of time, the best way to remove NCGs is to pull a deep vacuum in the system. With a vacuum pump connected to both, low and high ac sides pull a deep vacuum for at least 20 minutes. A vacuum of about 500 microns or 29.92 hg gauge pressure is needed for removing any moisture that may have entered the system along with the non-condensable gases while it was open. Pulling a deep vacuum should be combined with the replacement of the ac receiver/drier or accumulator that will help to keep moisture inside the system under control.

If you have done any DIY job in your car replacing all major components and the ac is still performing poorly, could be because of non-condensable gases contaminating your system. Call Auto A/C Repair LLC. and will come to you with the right tools, knowledge and experience. We’ll recover the entire refrigerant charge in a safe and environmentally clean way, pull a good deep vacuum and recharge your system with the right amount of refrigerant as per manufacturer specifications. Stop wasting money!