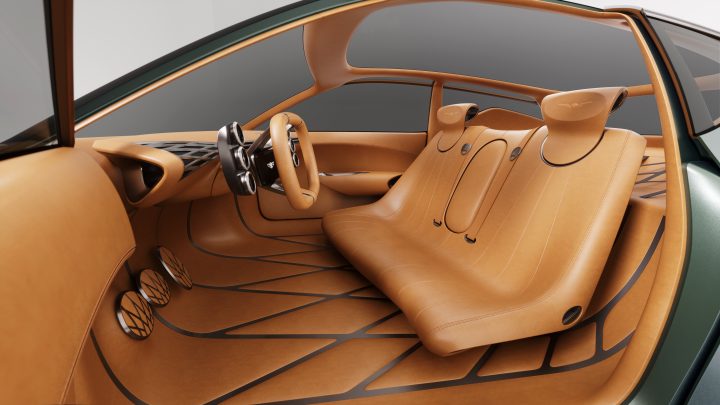 Unpleasant odors inside a vehicle are not a rare condition, especially here in Miami with the weather characteristics that we have. In many cases the bad smell comes from the air conditioning evaporator core which resides inside the hvac case. On the surface of the evaporator core we can find the source of the three basic types of odors responsible for this particular unpleasant smell inside a car: The “rancid odor” is caused by uncontrolled fungal growth on the face of the evaporator core. The “dusty odor” type is caused by evaporator core corrosion and the last and most difficult to keep under control is the “adherent odor type” (as Denso Corporation defines them) which is caused by particulate gasses such as: cigarette smoke, exhaust gasses, perfumes, animal dander, food and others.
“Rancid odor” is created from airborne debris that mixed with condensation on the evaporator core face feeding the airborne fungus originating and ideal condition for uncontrolled microbial or fungal-growth.
“Adherent odor” is an air conditioning unresolved problem that can be effectively treated but not permanently solved because is created from a variety of airborne particles that adheres to the moist on the evaporator core. The current available treatments will keep the unpleasant odors under control for two to three years (if the repair has been done properly) but it won’t eliminate the condition from happening again.
Odorants could be water-soluble or water-insoluble. Car manufacturers use different repairs to avoid the evaporator core bad smells issue. The manufacturers use special coatings that promote drainage of the condensate water removing much of the water-soluble “adherent odorants” out the car through the drain tube, located on the bottom of the hvac case. With time the special coatings will be washed away from the evaporator core and the ability to reduce the accumulation of adherent odors and the growth of bacteria will be lost. It means that the life of the evaporator and its respective coating are different and not all odorants are water-soluble, so if those non-soluble have adhered to the evaporator it will be impossible removing them through drainage. There is no perfect coating to deal with all type of odorants specially moisture in humid areas.
Odorants tendency to release are related to temperature variation in the hvac case, some odorants are released when the A/C is on, some when A/C is off. The evaporator core variation from dry to wet and back from wet to dry according to the status of the a/c compressor and blower motor, dictates which odorant particles will be released. Water-insoluble odorants are released with the evaporator changing from dry to wet with the ac compressor on and water-soluble odorants are released while the evaporator is changing from wet to dry and the condensate water and odorants mixed vaporizes, reaching the inside of the car through the a/c ducts.

The impact of in cabin air filter on the odor control.

In cabin air filters if properly serviced and maintained could be a great helper fighting bad smells, but an improperly maintained in cabin air filter will be the perfect place for accumulation of road debris and all type of odor elements naturally present in the air. In rainy or humid days the odor elements will be displaced or evaporated with the water and the odorant will be released inside the vehicle. Replacing the air filter more frequently and using the charcoal-activated type will reduce the possibility of experiencing the evaporator odor issue.

According to MACS they’ve had some success with the U-view “MIST” deodorizer, but is not a permanent fix and the treatment has to be performed at least twice a year. General Motors approved an add-on after blow module that activates the blower motor about 50 min after the engine shutdown in an attempt to dry off the evaporator, reducing the moisture that contributes to the microbial growth. The negative side of this method is that if the car hasn’t been driven long enough for the battery to recharge after each activation of the module it may cause dead battery issues. The method most recommended by car makers is the Air sept disinfectant and resin coating is applied to the evaporator  core.
Auto A/C Repair LLC specializes on car’s air conditioning systems only. If you’re experiencing unpleasant smell issues give us a call at (786) 483-9406.We’ll  determine the source of the odor-emitting component in question and we’ll treat it with the most effective method.