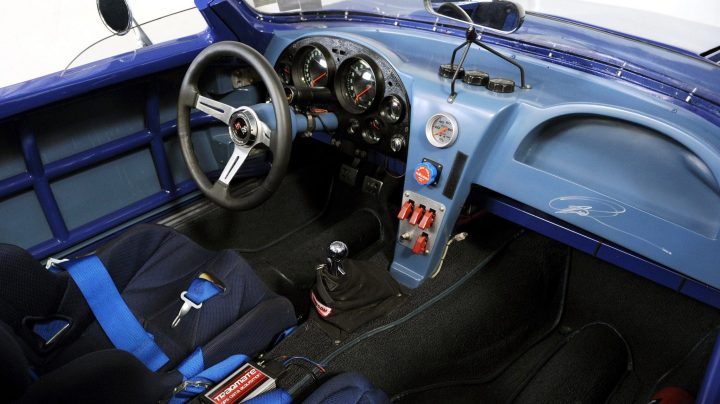 A malfunction in modern electronic HVAC air door actuators circuits or the a/c actuators itself could prevent the hvac compressor from running. Stuck closed or open temperature blend door because of bad blend air door actuator could mislead a customer or even a mechanic to believe that there is a problem with the a/c compressor or other components in the air conditioning system resulting in unnecessary replacement of parts. Therefore it is vital to have the right tools and understanding of this systems operation to effectively troubleshoot them. There are three methods used in the automotive industry to operate the HVAC doors or flaps for distributing cars in cabin air. These methods are: Cable controlled, vacuum motor controlled, electric motor controlled or any combination of these methods.
In the cable type system, the driver controls the system manually. The cables move the flaps as the levers on the head control set are moved.
Early vacuum control systems used a vacuum control switch on the dash that, when operated by the driver, would direct engine vacuum to the corresponding actuator. Later vacuum control systems use electric switches, which send signals to a control module or controller, which in turn sends vacuum to the appropriate actuator.
The Electric actuator motor is a fixed speed DC motor, which runs in forward or reverse direction to move the hvac plenum doors ?in your car between fresh air and re-circulation positions, hot and cold air positions and from vents, floor or defrost setting positions. The electric actuator motor consists of stators, slip rings, coils and a rotor, which contains permanent magnets. The actuator motor (servo motor) can be stopped at specific points in its armature with an accuracy of approximately 0.1 % providing a great control at keeping a constant in cabin air temperature under all driving conditions.
Electric Actuator motors used in modern hvac systems can be one of four designs, the electrical functions and circuits are different in each vehicle, Depending on vehicle manufacturer, system design, year and model:
TRI-STATE hvac actuators
A tri state actuator is a five wire design. Three of the five wires are used for the feedback circuit. The other wires are for ignition voltage and hvac control head requests. These smart actuators move according to voltage received from the head control set commands. A certain voltage will move the actuator one way a different voltage will move it in the opposite direction and a different voltage value will be commanded for the motor to stop rotating.
BI-DIRECTIONAL hvac actuators
Bi-directional actuators use three wires for circuit feedback. The other two wires are the positive and negative circuits that drive the motor. These circuits are controlled by the HVAC control head set and move the motor direction based on the selection made at the control head. They are sometimes referred to as dumb actuator circuits.
THREE WIRE hvac actuators
The three-wire actuators have a power, ground, and an input wire from the hvac control head. These actuators use a pre-programmed logic chip containing all the information to drive the motor in the requested direction. When a position change is requested by the vehicle operator, a circuit in the control head sends voltage to the actuator motor. As the motor moves, a potentiometer in the actuator compares the motor voltage to the output voltage from the control head. When both voltage readings are the same, the actuator motor stops. There is no feedback to the control head with this design.
TWO WIRE hvac actuators
Two wire actuators create electrical pulses when the commutator rotates across the brushes of the motor. The HVAC control head, which has pre-programmed logic and actuator end point references, counts the electrical pulses as the motor moves the door through its sweep from one end to the other end.

The ECM or PCM depending on the vehicle make, model and year will monitor the position of the hvac plenum doors through the actuators built-in potentiometer. The control module will attempt to overcome any restriction on the system several times before it shuts down the circuit. If the binding clears on the next activation, the control module will perform a calibration and set a history DTC. Some vehicles require as long as thirty seconds of binding before setting a DTC.

Some actuator motors are calibrated automatically in the self-diagnostic mode, whereas other actuator motors must be calibrated manually. These actuators should only require calibration after motor replacement or misadjustment. When a new actuator motor is fitted, it is essential that the end position and step angle are adjusted. Calibration should be carried out with the engine running to obtain the correct running voltage. The replacement of an automotive air conditioning actuator could take from 30 minutes in some cases up to one or two days job in some cars in which the removal of the entire dashboard is required to get access to it.

The main cause of door actuators failure is binding or restriction, caused by a distorted, worn or damaged plenum or a foreign object that is lodged in the door sweep. Another cause for failure is a broken crank arm on the door assembly. Air coming out from the wrong vents, clicking noises coming from behind the dashboard or not being able to control the temperature or re-circulated or fresh air mode in your car is a sign of a bad air door actuator motor.
Call Auto A/C Repair LLC. If you are experiencing any issue with your car’s air conditioning. We have the fastest road service response time in Miami. Call Auto A/C Repair the a/c repair always near you!!!